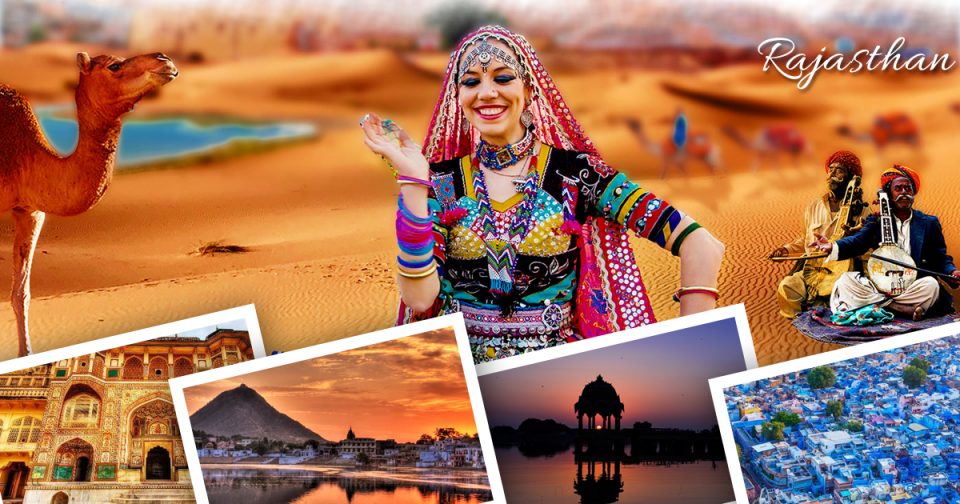 Travelling to different places and exploring new things, new people and a new environment is your passion. In simple words you are interested in travelling to new places then here are the Best Places to visit in Rajasthan. Rajasthan the state in Northern India is known for its deserts and you will find all the royal essence and royal feel in the city. The City is also famous for Royal Palaces. Rajasthan is not only famous for its deserts and royal palaces but it is also known for beautiful places where you can visit in any season. If you share the same passion of travelling to different places and explore new places then here are some of the Best Places to visit in Rajasthan.

Take a tour to the Best Places to visit in Rajasthan and feel the royal essence in these cities:

Jaisalmer is the city in Rajasthan which located at the heart of Thar Desert. The city is regarded as a golden city where you can have a look at the sun-soaked sand dunes and all the rich heritage and culture. It is also known as top cities for all its attractions such as temples, forts, Palaces. The city is also having some of the best museums and heritage temples. Jaisalmer holds the desert festival which is the biggest centre of attraction for people from abroad also. The city is mostly attracted by the ancient and royal forts the famous fort in Jaisalmer Fort, Sam sand dunes and Tanot Mata temple.

Jaipur is regarded as the pink city. It is called the capital of Rajasthan and is the largest state in the state. Jaipur is the most popular tourist destination in the state as well as India many tourists from over the globe are attracted by the city. You can find the city streets running from east to west. Jaipur is the joy to watch when Rajasthan is considered if you don’t visit Jaipur when you visit Rajasthan you will miss all the excitement and entertainment. Jaipur is filled with a long list of historical monuments. So do consider Jaipur as your tourist destination when you visit Rajasthan.

Jodhpur is known as the blue city. Rajasthan is a place where you can feel the royal essence from everywhere you visit. The most common things you will find are ancient forts. There will no place in Rajasthan where you do not find any kind of fort including Jaisalmer and Jaipur. Jodhpur is known as the Blue city because of the Blue houses near the Mehrangarh Fort. You can see the beauty of blue houses. Jodhpur is also said as Sun City because of its sunny weather. Visit the city as you feel sunny because of its sunny weather.

4) Sawai Madhopur – For the Tigers:

The Pushkar is a holy city and has the largest camel fair in India. The city is the most ancient city of India the city has rare Bramha Temple. Pushkar is also known for the Pushkar Lake which is the largest Hindi pilgrimage and also got several Ghats hosting the magnificent evening aarti. If you love to click photos then you cannot miss the Pushkar of Rajasthan.

Consider these Best Places to visit in Rajasthan for you to feel like a royal king. Come and take a tour to Royal India. Know about the Best Palaces in the Rajasthan by visiting Rajasthan. So what are you waiting for come and explore your Royal Fort?

Qutub Minar Information : Appease Your Eyes With This Mighty Structure!

Explore the Ancient Heritage of Forts in Goa